I know it sounds hyperbolic, but this is how I feel: 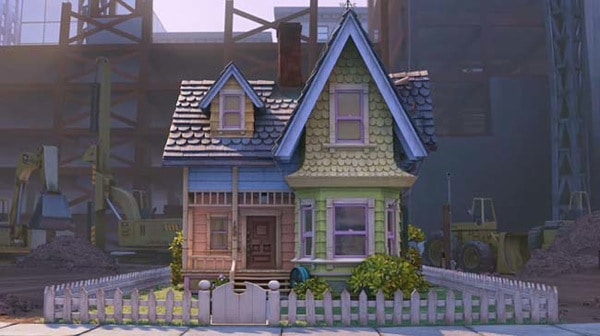 That’s my house, with me in it, and the rest of the world is just sitting outside making me do things I should have never reasonably needed to do.

This weekend I had four kids trying to ring my doorbell and run away — except they’re all too fat to move with any speed or grace, so they just sorta fumbled around. After their second attempt to get near my property, I walked outside and yelled at the top of my lungs, “This stops now or I’m calling the cops and chasing you down.”

I came inside and said to myself, “I hate this house. I want out of here.” I can’t deal with people near my stuff. I can’t handle people even looking at my things with malicious intent. Everywhere I go, I think, “I hope no one’s around my house.” Or, “I hope my bike is there when I come back.” I live in constant fear that other people are going to ruin everything I hold dear — probably because other people have a fantastic record of ruining everything I hold dear.

I walked out to the garage so I could get on my bicycle, and I saw my Rav 4 sitting there. I said to myself, “I hate having a car. I want it gone.”

After I came back from my ride, I stepped into my house and said to myself, “I don’t even need half of this stuff. I don’t use it. Why do I need a bookcase when I refuse to buy paper books?”

And then it hit me, the realization I had been attempting to make for a year or more: that so little actually matters. Personally, I don’t know what really matters in my world, because I don’t share much with other people and not a lot of people come around. For me, I guess it’s about two things:

Call it the Apple-ification of my lifestyle, I guess. But I’ve been doing it subconsciously for years by never buying music from anyone that doesn’t consistently produce phenomenal music, by not buying hardware that isn’t the best on the consumer market, by never eating food that isn’t from natural ingredients.

I’m probably never going to be wealthy with a bunch of assets, and that doesn’t bother me. What bothers me is having to figure out how to pay for things I actually need, like food, shelter, clothing, etc. I want to be able to spend my money on things that matter, like supporting book authors, supporting local businesses, buying good food, having good stuff that I actually use everyday — like a really great tea maker or knife set.

Heck, sometimes I find myself not even wanting to do that. My desire to simplification extends all the way to not wanting to eat food. I was at India Garden Saturday for lunch, like I always do, and I said to myself, “I don’t want to pay for this. I wish I didn’t have to eat sometimes.” If I could have a cheap pill that delivered all my sustenance and left me feeling “not hungry”, that’d be great.

Which confuses me sometimes. Am I striving for simplicity by trying to unload my car and hopefully in the not-too-distant future the house and the half of my clothes I don’t wear and the knick knacks that I have to have to fill the space in the house I don’t like so it doesn’t look like I’m broke because I want to life a simpler life. Or is it because I’m cheap and incredibly frugal?

I suspect a bit of both. The house is fine, the car is fine, but that’s just it: they’re just “fine” to me.

At this point, after having achieved what most people achieve when they’re in their 30’s, I’m ready to go the other way. Ideally, I’d live somewhere mild year-round so I could bike absolutely everywhere. I’d live in a very small house or one-bedroom apartment away from kids and anyone who might potential pop out a kid. (Kids are fine for the continuation of the species, I just don’t care to be around them much. Or at all.). I’d live somewhere void of young couples (because, like kids, it’s just a constant reminder to me of something I will never be able to do or be granted permission to achieve). I’d live somewhere quiet, but where I could get to a store or someplace that offered needed supplies and entertainment that I enjoyed (like a library) within a few miles.

Of course, I can’t ever have that.

Because, by definition, the things I want and need are found only in cities. Typically in very dense cities. But I don’t want to live in a city because I don’t want to live that close to other people. And when I lived in an apartment, whenever I was gone I’d constantly think, “I hope some other person doesn’t burn the building down.” I actually feared for the safety of my pets in my old apartment because I was afraid someone would ignite a grease fire or throw a cigarette somewhere and it’d kill them and I’d come home to a smoldering pile of ash. Even now, when I leave the house, I’m afraid someone’s going to do something to my house. It’s why ADT, while not necessarily efficient, is worth $40 a month to me — peace of mind that if something does happen, I have a fighting chance to know about it quickly. So after all that, that means I’d have to live in the country, which I don’t want because I couldn’t have high speed Internet access or quick commuting to a library or grocery delivery.

So I guess what I need is something like this, just in a city: 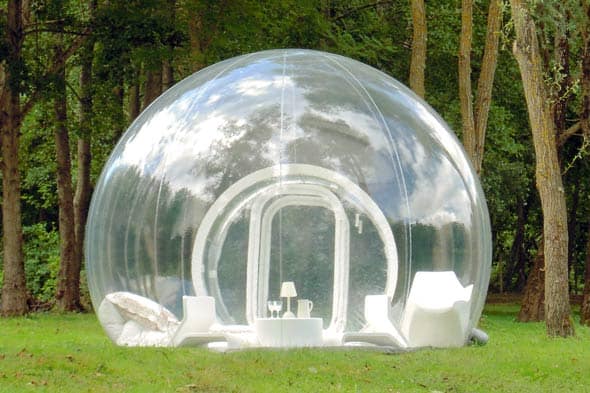 There aren’t many things that really make me catch myself smiling. This did:

I’m a big fan of Pixar’s films. The amount of work, effort and planning that goes into their films is truly astonishing and it shows in big ways. I’m reminded of the scene in UP where the mail arrives and the old man goes to pick it up off the floor. Pixar’s animators spent numerous meetings just discussing which direction the mail should have been held (right-side-up or upside-down) and how the stamp should have been affixed to the outer-most envelope. All for a scene that had about 3 seconds of viewing time.